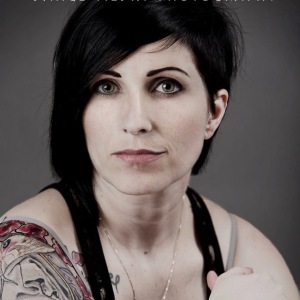 When Am I ‘Recovered’?

“You can make a plan…just don’t plan the outcome.” This awesome quote was recently shared by a new student in ‘addictions’ class.  With Homewood on the horizon, I think everyone involved in my journey should deeply ponder it…especially myself. I know that Homewood will be the key that continues to unlock the hidden broken pieces of my mental health beyond ‘save my life school’, but where it will lead, no one knows. Everyone’s treatment outcome is an honest mystery. Don’t get me wrong, that’s not to say that my future goals don’t include being healthy for the rest of my life. Or that I am anticipating relapsing again…hell no! It just means that putting a perfection stamp on my near future is actually the opposite of healthy…it’s possibly a recipe for disaster.

Lately I’ve been contemplating what would constitute me being able to say that I’m ‘recovered’ one day? Would it be after my hard work at Homewood? Would it be a year later? Am I recovered now? I just don’t know. As I’ve mentioned before, it’s not like I had a broken leg that I will ‘recover’ from in 4-6 weeks. Nope, every angle of mental health recovery is much more complicated. There are no black and white answers, and what ‘recovered’ means to one person is often up for debate by another.

Take being an addict for example. One day they may announce that they are a ‘recovered’ addict, but that is not to say they don’t fight the demons inside their head telling them it’s ok to use EVERY DAY. Even a self-proclaimed recovered addict needs to continue going to support groups and/or ask for help when required; in short, they need to recover every day! Daunting. So when I return from Homewood, yes I will have many more tools in my toolbox available to help me stay on the right track to health and well being. But I won’t be leaving with a certificate from my doctor saying ‘HALLELUJAH YOU’RE HEALED’ when the doors close behind me. (Which sucks, because I do love a good certificate) 😉 On the contrary…I will have a life-long…let’s say ‘journey’, ahead of me.

This unclear reality can feel SO overwhelming to someone with mental health illnesses such as myself. Even after Homewood, I need to face the reality that it won’t be a matter of if my depression will strike again, but when.  Of course I wish after doing all of this work that I could wake up every day to the comfort of peace and serenity. But alas, depression will eventually descend with the darkness I am all too familiar with. But when it does it will be my job to battle it swiftly and capably.

The bottom-line for ME is that, I will never be ‘recovered’….sigh. I will always be in recovery. (Get ready for analogy-Nat) For what ever reason, I’ve been dealt the hand of mental health illnesses complete with its clubs of stigma, hearts of sorrow, spades of confusion and diamonds of pain…and I have to play it to the best of my ability. It’s a shitty hand. No royal flush here! I was certainly use to bluffing my way through the game over the past 37 years…but now I’m folding in that option. My cards are on the table for everyone to see, and I will still need a cheat-sheet to remember how to play from time to time. But even though my poker-face has been washed away, I’ve been known to win the whole pot at times. 😉 I’m ALL IN!